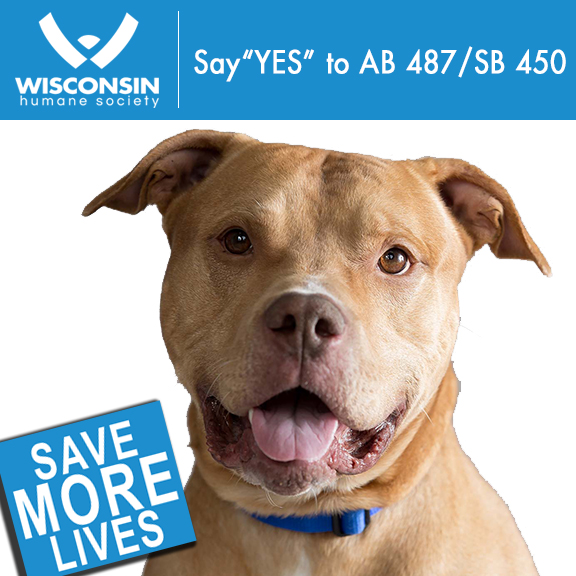 The Wisconsin Humane Society and Milwaukee Area Domestic Animal Control Commission (MADACC) support AB 487/SB 450. The bill would protect animals from forced long stays in local animal shelters, whether the animals are seized in cruelty, fighting, and hoarding cases, or come to facilities as stray animals. When animals are forced to stay in shelters for long periods, they face increased medical risk and psychological stress.  This bill addresses all types of holds comprehensively, to improve conditions and live release rates for animals in Wisconsin shelters. 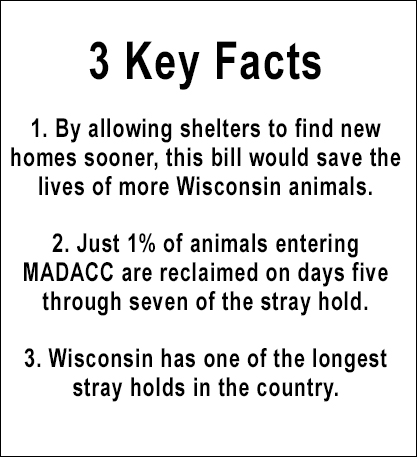 First, AB 487/SB 450 prevents seized animals from being confined indefinitely as “evidence” while court cases are unresolved.  An animal’s condition even a few days after seizure is irrelevant in court.  But in the past, shelters have been required to hold animals for as long as years while cases move through the court system. This is harmful to animals and expensive for taxpayers. AB 487/SB 450 provides a process to allow animals to leave the shelter much sooner.  In the past, shelters have also been required  to euthanize victims seized in conjunction with dog fighting cases when the case is over. This bill provides ways to let animals leave the shelter much sooner, and allows shelter experts to govern whether an animal can be safely adopted.

Second, AB 487/SB 450 reduces Wisconsin’s long forced hold for stray animals.  Currently, stray animals must be held for seven days under Wisconsin law – eight days in practice, because the law does not count the day of initial impoundment.  AB 487/SB 450 allows shelters to find homes for safe and healthy animals on the animal’s sixth day in the shelter, after the animal is held for a four day stray hold, plus the day of initial impoundment.

Why a shorter stray hold?

Wisconsin has one of the longest stray holds in America.  Most states have stray holds between three and five days.  The long required hold is harmful to animals because it causes undue stress and illness. Just 3% of cats and 27% of dogs were claimed by an owner at MADACC in 2014. The majority of animals who come into Wisconsin shelters sit unclaimed, stressed from being in an unfamiliar environment, exposing them to illness and behavioral issues, when shelters could be finding them new homes. This measure would put Wisconsin nearer the national average and improve animals’ outcomes. 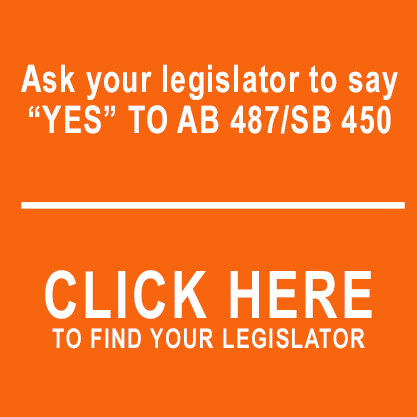 Key benefits of a shortened stray hold include:

If you have more questions about stray animals or AB 487/SB 450, please read our frequently asked questions.

Double your impact for animals today! All donations are being matched dollar-for-dollar, making twice the difference for animals in need.