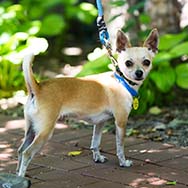 Thanks to the American Heartworm Society for much of this information.

What is Heartworm disease?

Heartworm disease is a serious and potentially fatal disease in pets in the United States and many other parts of the world.  It is caused by foot-long worms that live in the heart, lungs, and associated blood vessels, causing severe lung disease, heart failure, and other organ damage with time.  Heartworm disease affects dogs, cats, ferrets, and some wild animals such as wolves, coyotes, and fox.  Wild animals are considered important carriers of the disease.

The dog is the natural host for heartworms, which means the parasite can mature to adults and produce offspring to continue the life cycle.  Cats are atypical hosts and the heartworms usually do not survive to the adult stage, however there can still be severe health effects.

How is Heartworm transmitted from one pet to another?

The mosquito plays an essential role in the heartworm life cycle.  Adult female heartworms living inside a dog, coyote, wolf, or fox produce microscopic offspring called microfilaria that circulate in the bloodstream.  When a mosquito bites and takes a blood meal from an infected animal it picks up the microfilaria, which mature into an “infective stage” larva inside the mosquito over a period of 10-14 days.  Then, when the infected mosquito bites another dog, cat, or susceptible wild animal, the infective larvae are deposited into that animal.  These larvae then go on to become adult heartworms in approximately 6 months.   Once mature, heartworms can live for 5-7 years in dogs and 2-3 years in cats.  Because of the longevity of these worms, each mosquito season can lead to an increasing number of worms in an infected animal.

What are the signs of Heartworm disease in dogs?

In early stages of the disease, many dogs show few or no symptoms at all.  The longer the infection persists, the more likely symptoms will develop.  Active dogs, dogs heavily infected with heartworms, or those with other health problems often show pronounced clinical signs.

Signs of heartworm disease may include a mild persistent cough, reluctance to exercise, fatigue after moderate activity, decreased appetite, and weight loss.  As heartworm disease progresses, pets may develop heart failure and the appearance of a swollen belly due to excess fluid in the abdomen.

The adult heartworms cause inflammation of the blood vessels and can block blood flow leading to pulmonary thrombosis (clots in the lungs) and heart failure.  Heartworm disease can also lead to liver or kidney failure.  Large numbers of worms can cause sudden blockages of blood flow within the heart leading to a life-threatening cardiovascular collapse.  This is marked by a sudden onset of labored breathing, pale gums, and dark bloody or coffee-colored urine.  Prompt surgical removal of the blockage is needed or the dog will not likely survive.

When should my dog be tested for Heartworm? Is it preventable?

Heartworm disease is a serious, progressive disease, so the earlier it is detected the better the chances for recovery.  The test requires just a small blood sample from your pet and it works by detecting the presence of heartworm proteins.

Puppies under 7 months of age can be started on heartworm preventative without a heartworm test, since it takes 6 months after infection for a dog to test positive.  The puppy should then be tested 6 months after the initial visit and again 6 months later.  After that, testing should be yearly.

Dogs over 7 months of age and previously not on preventative need to be tested prior to starting heartworm prevention.  They also need to be tested 6 months after the initial visit and again 6 months later.  After that, testing should be yearly.

Dogs over 7 months and who have been on preventative should have yearly heartworm tests.

Annual testing is necessary, even when dogs are on a heartworm preventative medication.  These medications are highly effective, but dogs can still become infected, especially if you miss one dose or give it late. Dogs can also unknowingly spit out the oral medication or rub off the topical medication.

What happens if my dog tests positive for Heartworm?

Restrict exercise.  Your dog’s normal physical activity must be restricted as soon as the diagnosis is confirmed, because physical exertion increases the rate at which the heartworm causes damage to the heart and lungs.  The more severe the symptoms, the less activity your dog should have.

Stabilize your dog’s disease.  Before actual heartworm treatment can begin, your dog’s condition needs to be stabilized.  Dogs with serious disease will need some time to stabilize.

Administer treatment.  Begin treatment using the American Heartworm Society’s guidelines.  This will take several months and includes microfilaricides, Doxycycline, and adulticide injections.  There may be other medications, depending on the severity of the disease.

Test to determine success of treatment. Approximately 6 months after the end of treatment you should have a heartworm test done to make sure the worms have been cleared.  You must wait this long because worm particles may take a long time to clear and these particles will give a positive test.

How successful is the treatment for Heartworm?

Dogs with no signs or mild signs of heartworm disease, such as cough or exercise intolerance, have a high success rate with treatment.  More severe disease can also be successfully treated, but the possibility of complications is greater.  Success also depends on the dog’s activity level during treatment.  If exercise is not restricted, it can lead to more complications.  Dogs who are older or have other health problems may be compromised already and not do as well with treatment.