Working with Animal Removal Services to Resolve Conflicts with Wildlife

The City of Milwaukee has over 600,000 human residents, but we are not the only ones who live here; millions of wild animals do, 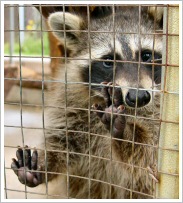 also. They were here first and may be here long after we are gone. Most of the time, we coexist with one another without much thought. Wild animals tend to be shy, avoiding human contact, whenever possible. Occasionally there are situations in which our interests and the interests of our wild friends come into conflict. Raccoons, for example, do not know that the snug hole they are nesting in is a chimney and that we would like to use our fireplace. They are simply trying to survive.

It may be helpful to properly identify the reason for the conflict; it is actually not an animal problem; it is usually a building problem. For instance, if squirrels are living in your attic, it’s not a “squirrel problem,” it’s a “hole-in-your-roof problem”. The squirrel is just trying to survive. It is our responsibility to prevent problems before they begin by keeping our houses under good repair and closing off access points. Despite our best efforts at prevention, the most humane and effective solution to the conflict is one that considers people, property and the animal.

The Wisconsin Humane Society recommends three humane solutions to most conflicts with wildlife: tolerance, hazing, and exclusion. More often than not, a little compassion and tolerance may be the best solution. While an opossum living under your porch might seem unusual to you, they do not usually cause any structural damage and do not pose a serious threat to you or your family. In this situation, it is probably best just to leave the opossum alone and be glad that it is not a skunk.

There are situations, however, that may require intervention. Squirrels are very cute when they live in trees, but can be noisy and destructive inside your house. We recommend a two-part solution to these situations. First, utilize hazing techniques to encourage the animal to leave. Second, once the animal is gone, seal their access point to prevent re-entry. The use of non-toxic repellants like Ropel or Liquid Fence and scare devices such as Irri-Tape or the Scarecrow can also be used to keep animals out of your garden or woodpeckers away from your siding.

If everything else fails, it may be necessary to contact a Nuisance Wildlife Control Operator (NWCO), for help. NWCOs are

businesses that charge a fee for their animal-exclusion or live-trapping service. There are two types of NWCOs: those who utilize humane, biologically-sound animal exclusion techniques, and those who primarily trap and remove animals. They are both likely to be listed under the heading of “Animal Removal Services” or “Pest Control Services” in the phonebook, so you have to ask questions to find out what kind of services a particular company offers.

Humane animal exclusion companies can be hard to find. These services typically look at any wildlife problem “holistically,” identifying and correcting all of the factors that contribute to the problem. This may include trimming-back tree branches that allow animals access to the roof, installing exclusionary wire-mesh on other areas of the structure that animals may possibly use to try to get back into the building, and typically involves the use of one-way doors that allow the animals – in an attic, for instance -- to get out but not to return. The area the animals are being excluded from will be thoroughly checked for baby animals. If babies are found, they are placed in a container at the adult animal’s exit location (now covered with a one-way door), so their mother can carry them to another den site. Later, the operator will return to make sure the mother indeed reclaimed her babies, remove the one-way door and permanently close the former entry point.

Some “animal removal services” primarily use traps to capture animals in or around the “problem area.” The animals captured are typically taken elsewhere for release, but are sometimes killed instead. These types of services should only be used as a last resort, and even then you should proceed with caution. Here is a list of questions you should ask an animal removal service before hiring them for a job.

Can you offer a long-term solution that does not involve removing animals?

Live trapping will never permanently solve any conflict with wildlife unless animals are excluded from the problem area. If not, more will move in after one is removed. An animal removal service should be able to make recommendations to a homeowner in order to help them prevent future occurrences. For example, a service that will trap a raccoon living in your chimney, but does not recommend installing a chimney cap to exclude future intrusions, will not be effective. Ideally, a service should be willing to install the chimney cap for you and release the raccoon on its native territory, where it belongs.

Can you insure that you will ONLY trap the animals that are a directly involved in the situation?

To resolve a situation, only the animals that are directly involved in the situation should be trapped. If an animal removal service

simply wants to set a trap outside in hopes that of the several animals they trap, one of them will be the target animal, call another service.

What steps do you take to make sure that animals are treated humanely?

Live traps should be checked at least every twelve hours to insure that an animal is not stuck in them too long. Being contained in the trap can be quite stressful to an animal and it may injure itself trying to get free. The trap should be set in a place that will insure the animal’s comfort. For example, the animal should not be stuck in a metal trap exposed to the elements during the middle of the winter. Likewise, an animal should not have to sit in the hot sun for hours in a trap. An animal removal service should take every step necessary to insure that the animals it traps are treated as humanely as possible.

What do you do with the animal after it is trapped?

An animal removal service should be willing to release an animal back into its own territory after the situation has been resolved. Taking an animal far away to release is only acceptable if there are no other options. Removing animals from their home territory during the winter or baby season (see question below) can be a death sentence for the animal and possibly its offspring, even if the animal is released into a natural habitat. Animals should not be euthanized unless they are endangering public safety or the situation legally requires it. If a trapped animal is injured or sick, it is best to have the animal taken to your local licensed wildlife rehabilitator for evaluation.

What do you do to prevent orphaning baby animals during the spring/summer? 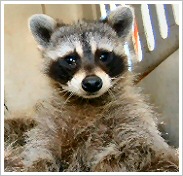 (spring, summer and early fall). They should also check every trapped female for signs of lactation. If young are present, an animal removal service should be willing to keep the family together. After excluding the mother from your house, she should be released back into your yard. The babies should be left in a warm, dry location where the mother will be likely to find them. For instance, place the young right outside the former attic entrance hole so that when the mom returns and discovers that she can’t get back in, her babies will be there waiting for her. She will move them to a new nesting site on her own.