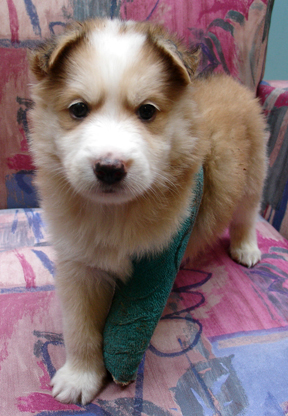 He is impossibly cute. No one can resist the urge to coddle and coo at our tiniest patient at the Wisconsin Humane Society.  He's a sweet baby who eagerly returns kisses and loves to nuzzle in the crook of your neck.  But Oliver wasn't always so happy.

The Chow Chow/Shepherd mix was surrendered to us with an injured leg at barely five weeks old. He arrived lethargic and scared, but we worked hard to ensure his successful recovery.

Oliver met with Dr. Randy Zeman, who examined the little pup and took x-rays to determine the extent of Oliver's injury.

Unfortunately, his left front leg has a bad fracture and Oliver spent several weeks in a cast.  He grew so fast that every week, Oliver outgrew his cast and a new one was needed.

Thanks to generous supporters, we raised the funds needed for Oliver's care.

Luckily for us, that meant we could visit him frequently to keep his spirits high. After he made a full recovery, Oliver was adopted by a terrific family!

Thanks to generous supporters, we raised the funds needed for Oliver's care. 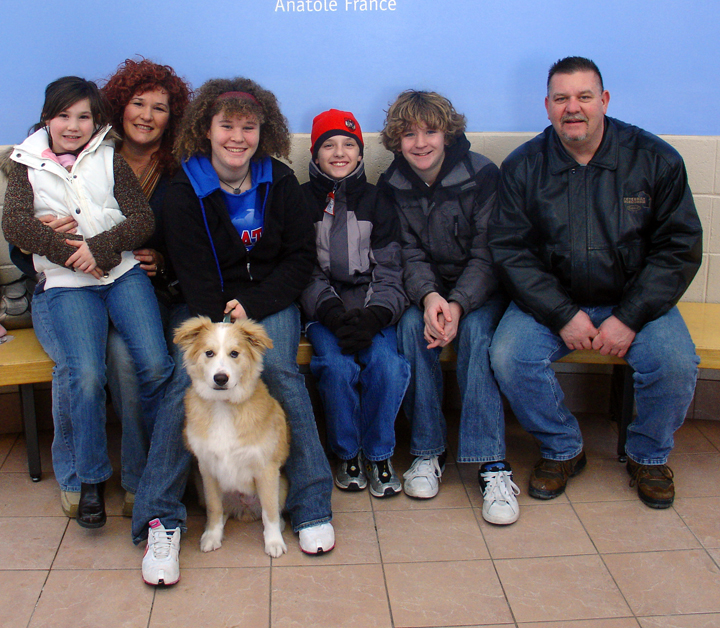 * His family recently stopped in to say hello. At 6 months, Oliver is doing fantastic and loves his bunny sibling and full house!